Houston Has Turned a Corner

The Houston economy, shaking off the oil bust and rebounding from Hurricane Harvey, could create as many 70,000 jobs next year and return to a normal pace of employment growth after the worst energy downturn in decades.

The city’s fortunes will depend on whether drilling rigs can keep working in Texas oil fields well into 2018, providing sales and orders for production companies, manufacturers and energy service firms that employ tensof thousands across the region. With crude prices rising – they settled above $57 a barrel Monday for the first time in more than two years – the chances of a sustained drilling rebound are getting better. “We’ve turned the corner,” said Bill Gilmer, director of the Institute for Regional Forecasting at the University of Houston, in his semiannual forecast on Monday. “Looks like we have growth in front of us. We really need help from oil markets to get that growth heated up.”The region has waited three years to hear such a prediction. The collapse in crude prices that began in mid-2014 cost the Houston area some 77,000 oil jobs, weighing on a local economy that barely grew as energy companies slashed spending and workforces. Still, the Houston economy proved more resilient than during the ruinous oil bust of the mid-1980s, even though prices fell and U.S. drilling rigs shut down faster during the most recent downturn than any time in history. For the broader economy, however, it was the mildest recession since the 1970s, largely due to a strong national expansion, a $50 billion petrochemical construction boom on the east side of Houston and momentum from the previous years of high oil prices.The Houston area had few of those supports in the 1980s. The effects of the oil bust spilled across many sectors, not only costing the metropolitan area some 200,000 jobs, but also leading to a wave of foreclosures and bank failures.

A positive outlookAn index of economic activity developed by the Federal Reserve Bank of Dallas plunged 20 percent in the mid-1980s, compared to an 8 percent decline in the Great Recession that began in 2007 and just 2.4 percent during the last energy downturn.With U.S. crude inventories declining amid strong demand growth and OPEC poised to extend production cuts well into 2018, it is unlikely crude prices will crash again anytime soon, said Praveen Kumar, executive director of the Gutierrez Energy Management Institute at the University of Houston. In addition, he said, increasing investments in overseas projects will require more petroleum engineers and other white-collar workers in Houston.”The outlook for Houston’s job growth is more positive than at any time since 2015,” Kumar said. Even the effects of Hurricane Harvey, as damaging as they were to local economic activity, won’t last long. The historic floods caused an estimated $87 billion in losses, severely damaging 39,000 homes, totaling 300,000 vehicles and temporarily costing Houston thousands of jobs.But in the longer run, it could also boost economic activity as tens of billions in insurance payouts and federal aid pour into the region and residents go on a $2.6 billion shopping spree to buy vehicles, furniture and construction supplies.Enter article text here. 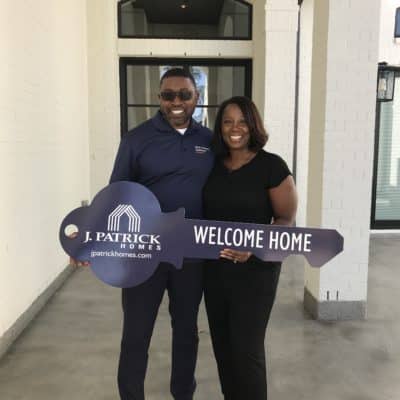